Bagni di Lucca’s Spring Jazz concert organised by Marcello Cherubini and the Montaigne Foundation is, now in its fifth year, a much-looked-forwards-to event. I admit to great ignorance in matters of jazz but have always enjoyed it when played by such a group of artists as we heard last Sunday.

The line-up was Piero Frassi piano (one of the finest jazz pianists I’ve heard in Italia , Nino Pellegrini double bass and Vladimiro Carboni,  percussion with singer, Greta Mirall It was, indeed, Greta’s quartet and they supported her brilliantly. She has an admirably subtle voice, impeccable English accent and it surely tells that Greta is one of the great Michela Lombardi’s students.

The programme was a homage to that supreme of big band leaders Duke Ellington and many of his greatest numbers were included in it like’ It don’t mean a thing if it ain’t got a swing’ etc. In addition there was a  ravishing little-known piece which the Duke apparently tossed off in twenty minutes called ‘Solitude’. A hushed silence spread over the audience after this number was sung – it was so truly moving.Here is a version sung by the great Ella:

Jazz is truly thriving and swinging in Italy. I wish it were more so in the UK where my listening highlight was hearing Bill Evans live at Ronnie Scott’s.

Bagni’s Chiesa inglese was packed and we were glad we’d pre-booked. The event was free with a contribution of five euros for the restoration of the English cemetery. What with the extraordinary playing and singing of the evening I almost felt the dead there would have been raised and dancing and swinging to the Duke’s immortal melodies. This jazz spring concert at Bagni di Lucca is surely here to stay as a permanent fixture so if you’ve missed it this year watch out for it in the next! 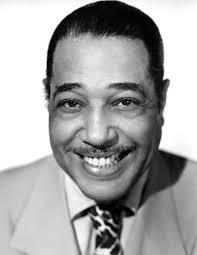