The Arno has again made world-wide news. This time, however, the flooding has been not caused by the river but by the water board whose leaking pipes eroded the Oltrarno embankment in Florence just to the right of the Ponte Vecchio and caused a massive crevasse to appear and eat up at least a score of cars. The embankment wall, however, fortunately withstood. Now works costing at least five million euros will have to be initiated and completed before the autumn rains. At the same time the usual recriminations have started and every one is blaming the other,

The situation in Florence is a far cry from the peaceful estuary of the river Arno where retoni or giant nets lie suspended waiting to be lowered and catch their fill of fish, mainly whitebait but often larger varieties.

In August 2007 when Marina di Pisa had not yet received its new port the situation was even more peaceful. I remember enjoying an afternoon of conviviality and good eating with friends there in 2007. It was fun lowering the nets and then seeing what they would catch. It was mostly whitebait which we then barbecued and deliciously ate. 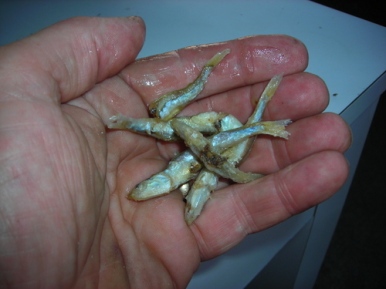 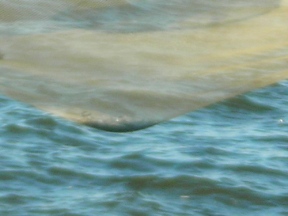 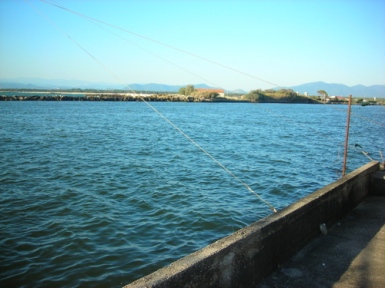 The sunset was brilliant too!

3 thoughts on “A Big Network at Marina di Pisa”