Tapestries have been used for hundreds of years to provide beautiful wall hangings and warm up the house too, especially in pre-central heating days. The greatest artists have contributed to the design of tapestries, the most famous example being that of Raphael whose original cartoons for the set of tapestries illustrating the lives of Saints Peter and Paul (and meant to be hung in the Sistine chapel where they are occasionally shown) are part of the Royal collection on display at the V & A museum in London.

Tapestries have generally been regarded as works of high artisanship but not of artistry. Raphael’s cartoons, for example, are labelled as artistry but the tapestries weaved from them in Belgium are regarded as artisanship.

The originality of Attiliana Argentieri Zanetti, whose exhibition continues at Bagni di Lucca’s Casinò daily from 6 to 8 pm, is that she has returned tapestries into the realm of artistry, indeed, sculpture and painting, using a variety of new and mixed techniques to produce original and consummate works.

Attiliana was born in Lucca in 1931. Though she has now lived in Northern Italy for many years she has never lost touch with Lucca. Here, for example are some of her delightful tapestries of the walled city’s churches and palaces: 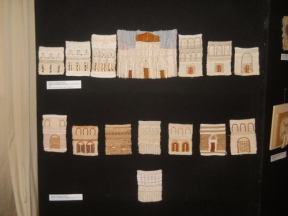 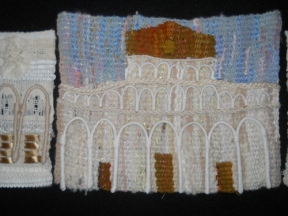 Zanetti graduated in textile art at the Magisterium of the State Institute of Art in Venice and opened a textile workshop in Lucca’s palazzo Guinigi. She has also worked and taught in Lyon and at the ecole des beaux arts in Basel.

From 1971 to 1985 Zanetti directed the centre of Textile Design in Udine and at the same time carried out intensive research on textile production in Friuli. Her works are in museums and in public and private collections both in Italy and abroad. She has exhibited at the Venice biennale on numerous occasions. I am amazed that I’d never heard of her in the UK.

I had previously mentioned the Hub project of Bagni di Lucca (see my post at  http://longoio.wordpress.com/2013/12/29/a-new-hub/) and this exhibition forms part of that project . Organized by the indefatigable partnership of Carla Romani and Gemma Fazzi, the exhibition is divided into three sections dealing respectively with traditional techniques, current activities and ending with a tapestry art gallery. 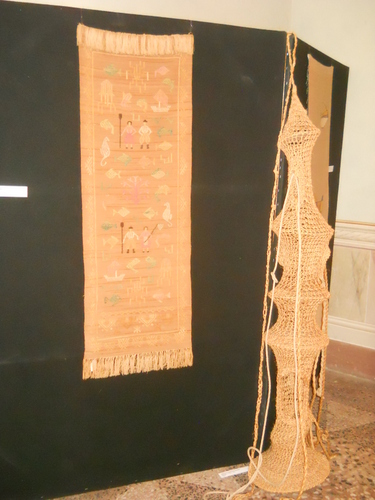 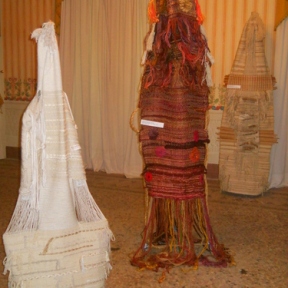 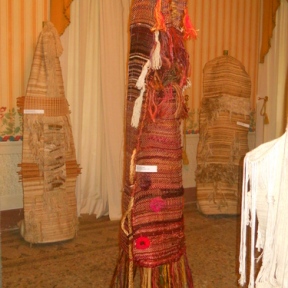 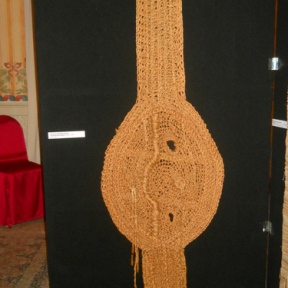 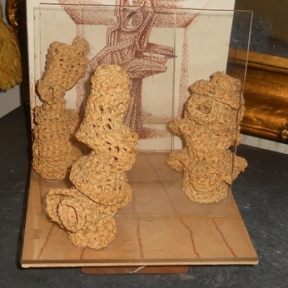 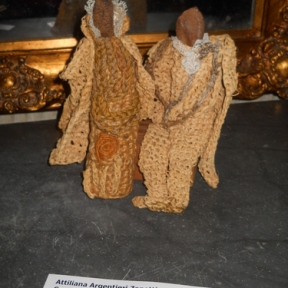 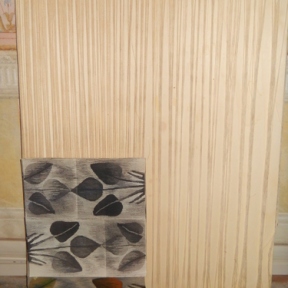 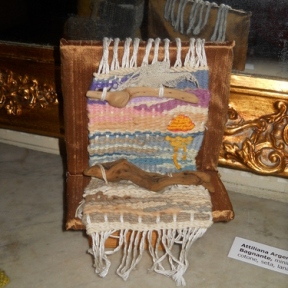 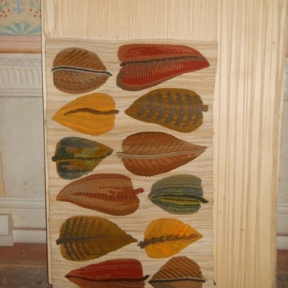 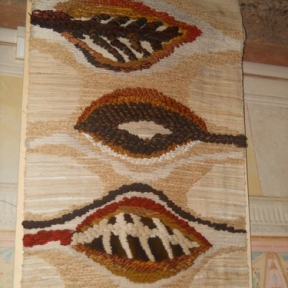 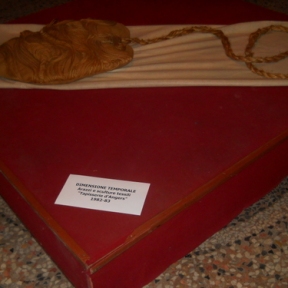 Here are some of the examples in the third section with a particular emphasis on Venice , although there is also a familiar local bridge! 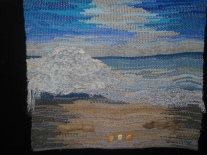 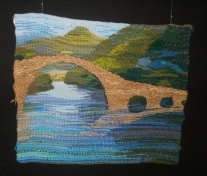 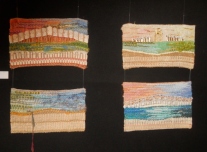 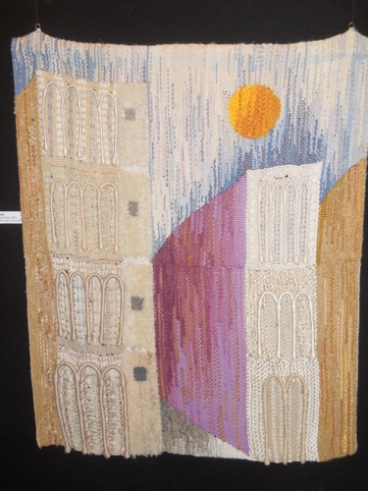 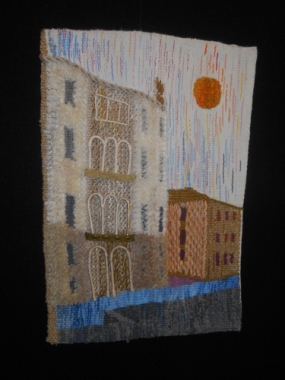 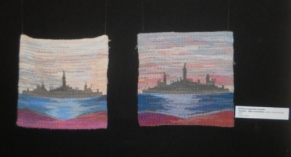 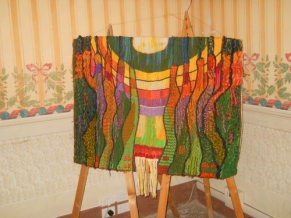 I was very glad that I was able to return to the exhibition, as on my first visit it was just about to close for the day, and appreciate the works on display more fully.

Carla and Gemma are very happy to answer your questions and there will space for seminars and discussions on the fascinating exhibits. So do visit it when you’re next in the “Greenwich Village” of Ponte a Seraglio.

3 thoughts on “Knots of Memory: Tapestry as Art Form”